The Comic Book Club of Ithaca 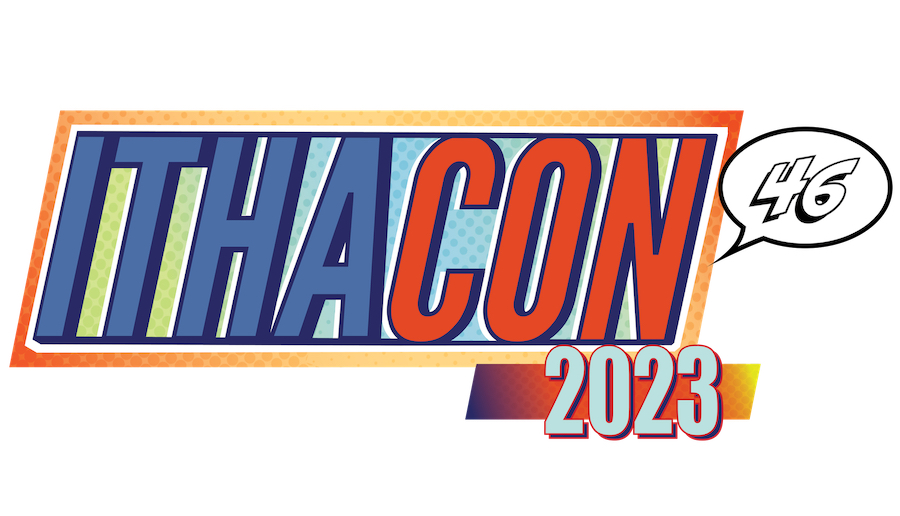 Comics writer Roger Stern
Roger Stern has written for radio, television, the stage, and the Internet, creating scripts for everything from sketch comedy to flash-animation. For ten years, he was the senior writer of the Superman titles for DC Comics. Stern has written hundreds of stories about such diverse characters as Green Lantern, Supergirl, Starman, the Atom, and the Justice League for DC Comics; and Spider-Man, Captain America, Doctor Strange, the Incredible Hulk, Iron Man, and the Avengers for Marvel. His first prose novel, The Death and Life of Superman, was a New York Times bestseller.

Writer Danny Fingeroth
was a longtime editor and writer for Marvel Comics, best known for his longtime stint as editor of the company’s Spider-Man line of titles. He wrote the entire run of the Darkhawk series as well as The Deadly Foes of Spider-Man limited series and many other comics featuring Marvel mainstays including the Fantastic Four and Iron Man. His newest book is A Marvelous Life: The Amazing Story of Stan Lee, the definitive biography of the beloved — and often controversial — co-creator of so many legendary superheroes.

Cartoonist and AHOY Comics Chief Creative Officer Frank Cammuso
The creator/artist/writer of the Max Hamm: Fairy Tale Detective series, and of Knights of the Lunch Table, Frank is also a political cartoonist.

Writer Lonnie Nadler
Co-writer of AfterShock's Undone by Blood which has been optioned by Norman Redus, Nadler is best known for his work at Marvel Comics that includes X-Men and Guardians of the Galaxy. His critically acclaimed debut graphic novel, The Dregs, was released in 2017 by Black Mask Studios. His 2018 follow up book, Come Into Me, was named one of the best 100 horror comics of all time by Paste Magazine. In 2020, his historical fiction, cosmic folk horror concoction, Black Stars Above, was longlisted for a Bram Stoker Award. Nadler's current series, Undone By Blood, is in development with BigBaldHead Productions and AMC. Lonnie's films have played at festivals around the world. His documentary, Co-Creators, held its world premiere at the DOXA Film Festival in 2018.

Writer Zac Thompson
Co-writer of AfterShock's Undone by Blood which has been optioned by Norman Redus, Thompson has written titles such as Marvelous X-Men, Yondu, Absolute Carnage: Avengers, Cable, and X-Men: Black for Marvel Comics, as well as indie books such as Her Infernal Descent, Relay, and The Replacer. In 2019, Zac became the showrunner of the Age of X-Man universe at Marvel Comics. His critically acclaimed miniseries, Come Into Me, was called the best horror comic of 2018 by HorrorDNA. His debut comic series, The Dregs, was called "lowbrow brilliant" by New York Magazine. His novel, Weaponized, was the winner of the 2016 CryptTV horror fiction contest.

Founder and Chief Executive Officer Ross Richie
Ross founded BOOM! Studios in the spare bedroom of his apartment in June of 2005. The company went on to win “Best New Publisher” four months later. Since then, BOOM! has added “Best Publisher” from Diamond Comics Distributors to its list of accolades in 2009 and 2010, along with an Eisner Award and several Harveys.

Vendors in our Virtual Dealers' Room